A successful private banker in Edinburgh, she contributed to the setting up of the Merchant Maiden Hospital in 1644 to which she also bequeathed 10,000 SCOTS Merks.

The hospital became a day school for girls in 1869 and later became the Mary Erskine School in 1944. 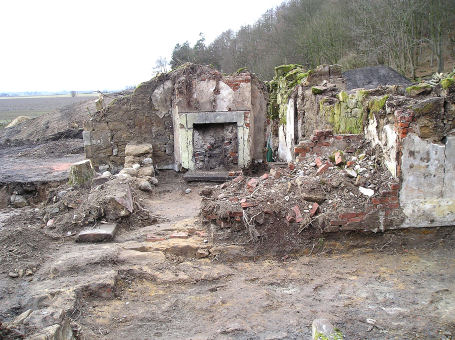 The house was demolished c1965. Both pictures were taken during a site survey in 2006 before total demolition occurred to make way for the Clackmannanshire Bridge link road.

Kennetpans is just visible in the background.