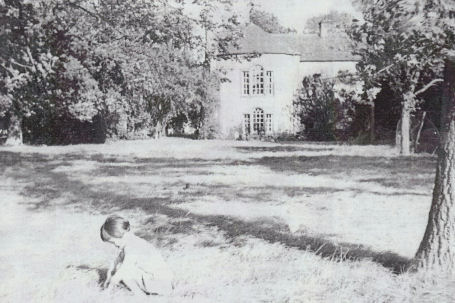 This was built by John Stein c1770s and was located next to Kennetpans Distillery. An article from Old Clackmannanshire Castles and Mansions has the following description ‘Kennetpans house has a fine situation, set in gardens and orchards, close to the river Forth. It is now only partly inhabited. The mansion was originally rectangular on plan, with a small ornamental central gable, harled walls, a low pitched roof of slates and rather small window openings. It has three storeys in height and the ceilings of the rooms were lower than in later mansion houses. In the early 19th century a two-storeyed west wing with a bow front was added. This provided a fine large dining-room, curved at one end and lighted by a Palladian window and others, with a floor shaped like the deck of a ship, and above it on the first floor, a large drawing-room with a high ceiling enriched with a moulded plaster medallion in the centre and a decorated cornice.”

An article from ‘The Banks of the Forth’ 1862 tells of an unusual use of the mansion house “It is now occupied by Mr John Sword, formerly of Leith, who has adapted it to a purpose of a reformatory for individuals who, having led a somewhat intemperate life, have come hither of their own accord, or been placed here by friends, in the hope that the retirement of the locality, the exclusion from scenes of excitement or dissapation, and the salutary regulations of the establishment, may unite in effecting not only a moral but a physical reformation”. 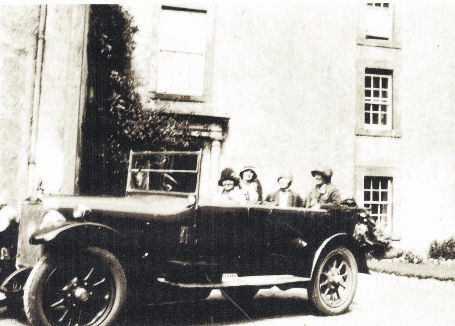 The only other information we have on the mansion is that is was owned by the Prentice family c1930. Before her marriage Mrs Prentice was Miss Scott, presumably from the  ‘Scotts of Carluke’ family who in the 1930s had taken over the distillery buildings and converted them into a jam making factory.

It was eventually demolished in 1945. The rubble and stones were transported across the river in fishing vessels and used to bolster up the foundations of Pier 19 of the Kincardine Bridge.