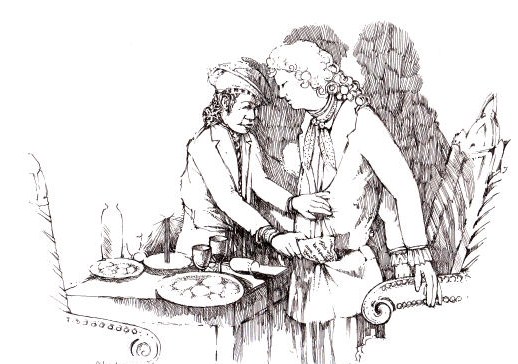 James Stein attempted to bribe the Solicitor for Excise in Scotland, John Bonar, to ignore provisions of the new Act. After breakfasting with him and complaining bitterly about the new law, Stein slipped a packet into Bonar’s pocket saying it was a pair of gloves. In fact it was £500 wrapped in paper on which was written “this will be repeated once every year”. This was a huge sum of money, probably around £100,000 in today’s terms. Bonar reported him and the case came to the High Court on 4th December 1786. Stein was defended by Henry Erskine, a brilliant advocate, and the jury found that although Stein had given Bonar the money, the charge of bribery was not proven. You wonder how many other ‘pairs of gloves’ Stein must have gifted!

Stein replied by suing the Excise for £80,000, about £17 million today, which he calculated would compensate for his loss of business. This case lapsed on the understanding the new act due in 1788 would offer relief.