The following is a transcription of a letter from John Stein giving references for some of his workers who must have lost their jobs when he was sequestrated:

The above 14 men are sent you by desire of Mr Taylor, writer to the Signet who has promised at best one shilling a day and have held the tools. You have from them quiet decent men and in general are able for any sort of work. They have been found old & good servants here.

Yours
Sirs
Your most obd. Ser
For John Stein
James Baird 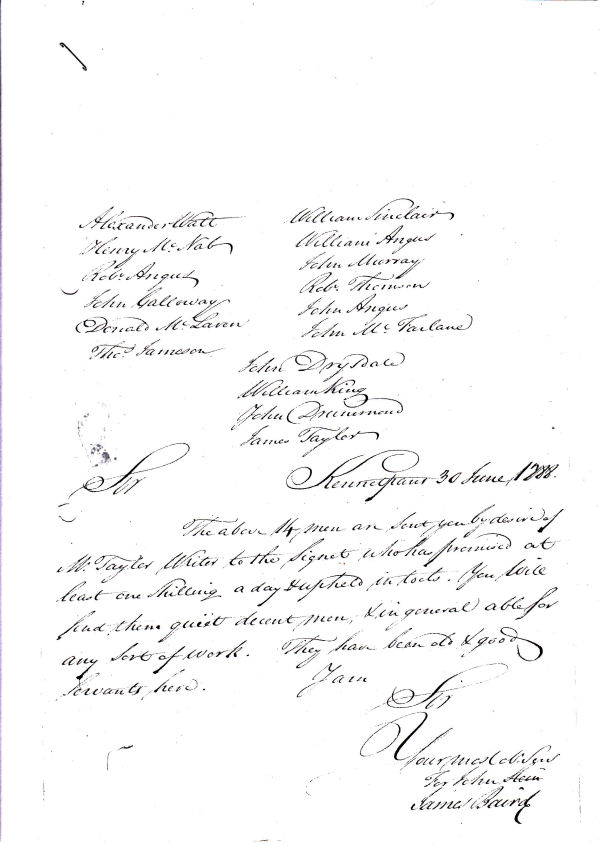