Mr Thomas Dundas and Mr Erskine of Mar having lately been so kind as purchase back the Works here, from Mr David Stewart with a view to serve  my (?) young family and my son John Stein Junr begins soon to do distiller business on a small scale in the Distilling way.     He has a windmill able to grind more than he will want but the expense of carrying the Grain back & forward to it is allanded with more charge and inconvenience than what I would be if done on the Steam Engine.

From the alteration that took place in the last Distillery Law and the misfortune of my being so (?) engaged for ones bonds prevented my being able to pay my account to You, as well as the large debts forward from my other Goods I am in your debt my creditors last optional to the purchasers of the work to take on themselves with the Engine if (?)

Mr Thomas Dundas & Mr Erskine proposes my son get It paid so soon as possibley in his powers altho these Gentlemen are so friendly as support him with credit to enter into business yet he cannot well ask them to put their hand in their pocket and pay the Money just now. I tell from the prospect he has of succeeding in business (?)

From the experience I have had and the attention that will be necessarily paid he has not the smallest doubt but he will soon be enabled to pay your account and I make no doubt but you will be good enough to grant him a little indulgence and so soon as in his power be asured he will remit you payment with thanks.

The small scale on which he is under the necessity of conforming himself to, One day of Grinding would serve the work 10 or 12 days, altho (con?) for him to Grind this little Grain on the Engine, yet he is unable for a time to pay your (????) of little a year.

It will therefore be obliging you be so kind as take his restrictions under consideration and make the term of such as he may be able to engage with it and when in his power you may believe he will pay Chearfully and (?) way as others do without pleading that which necessity just now that is upon me to do.

Your most Obed humb Sers 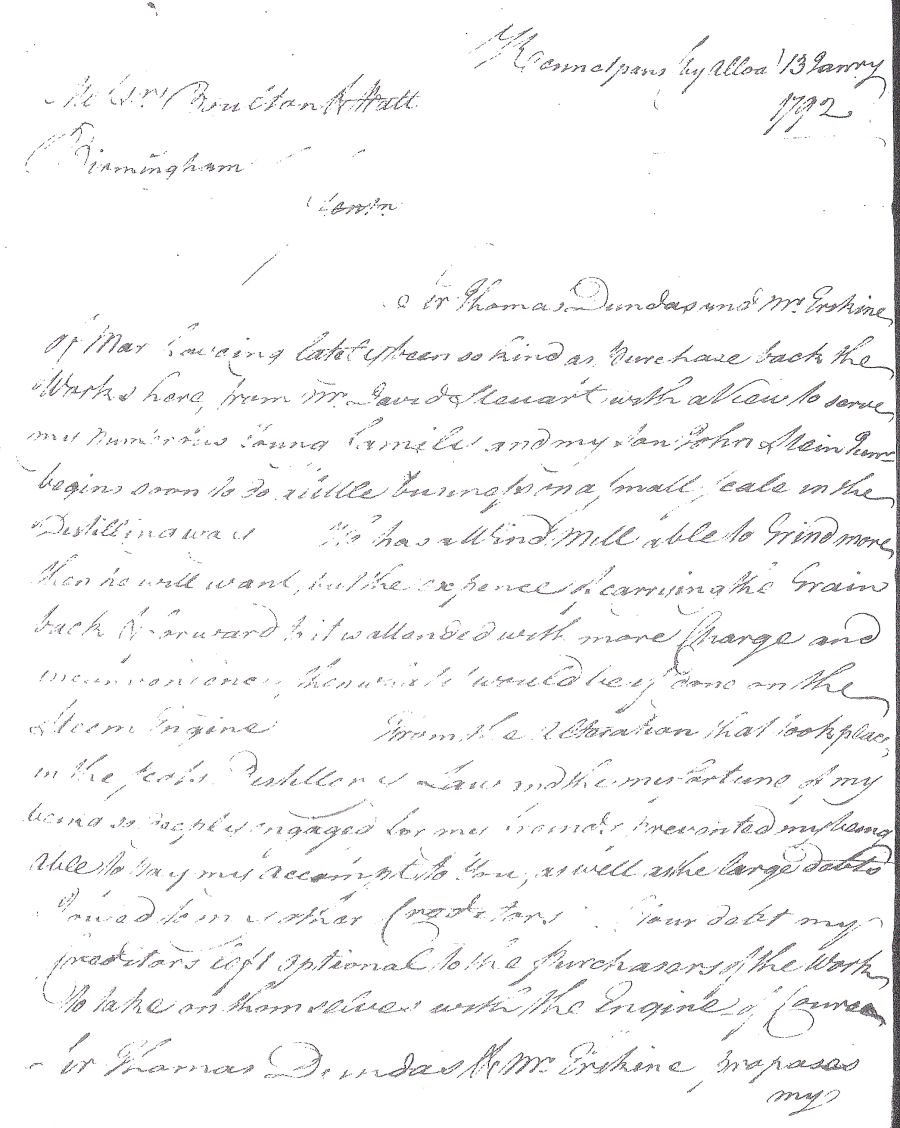 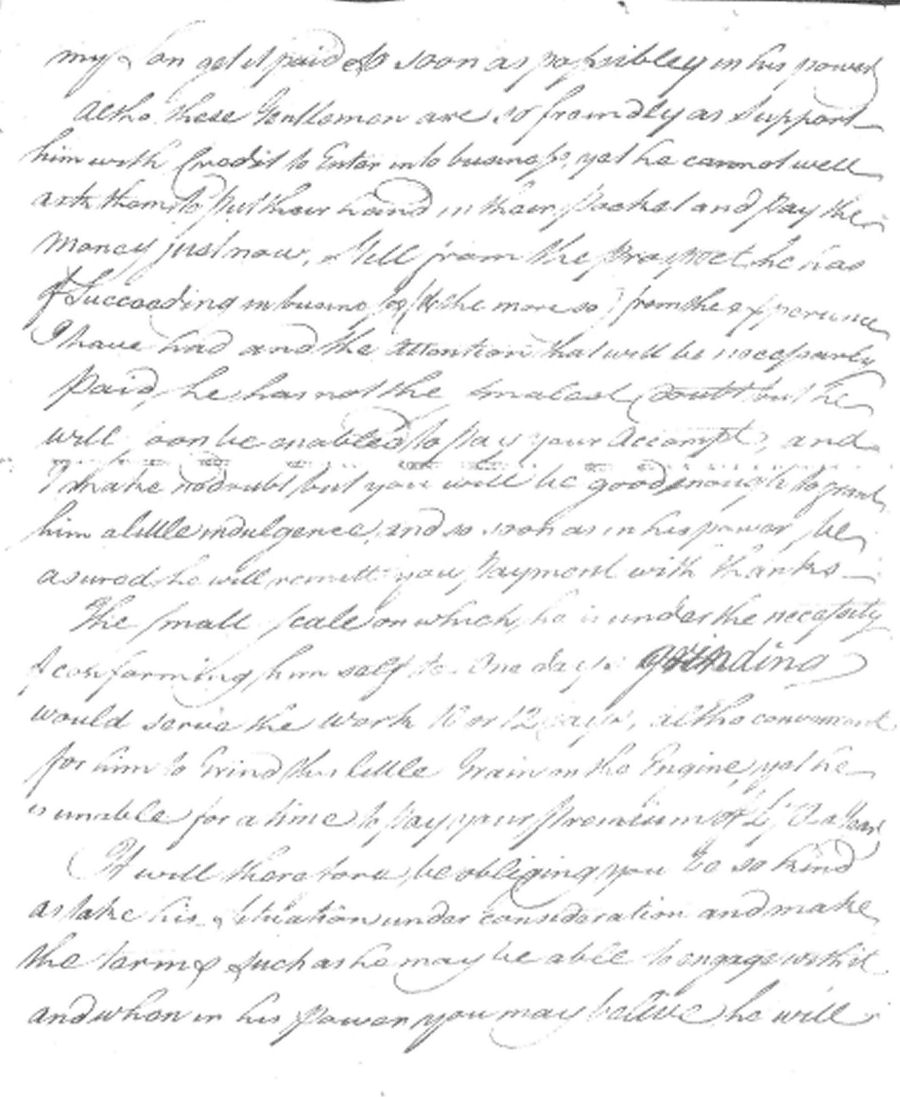 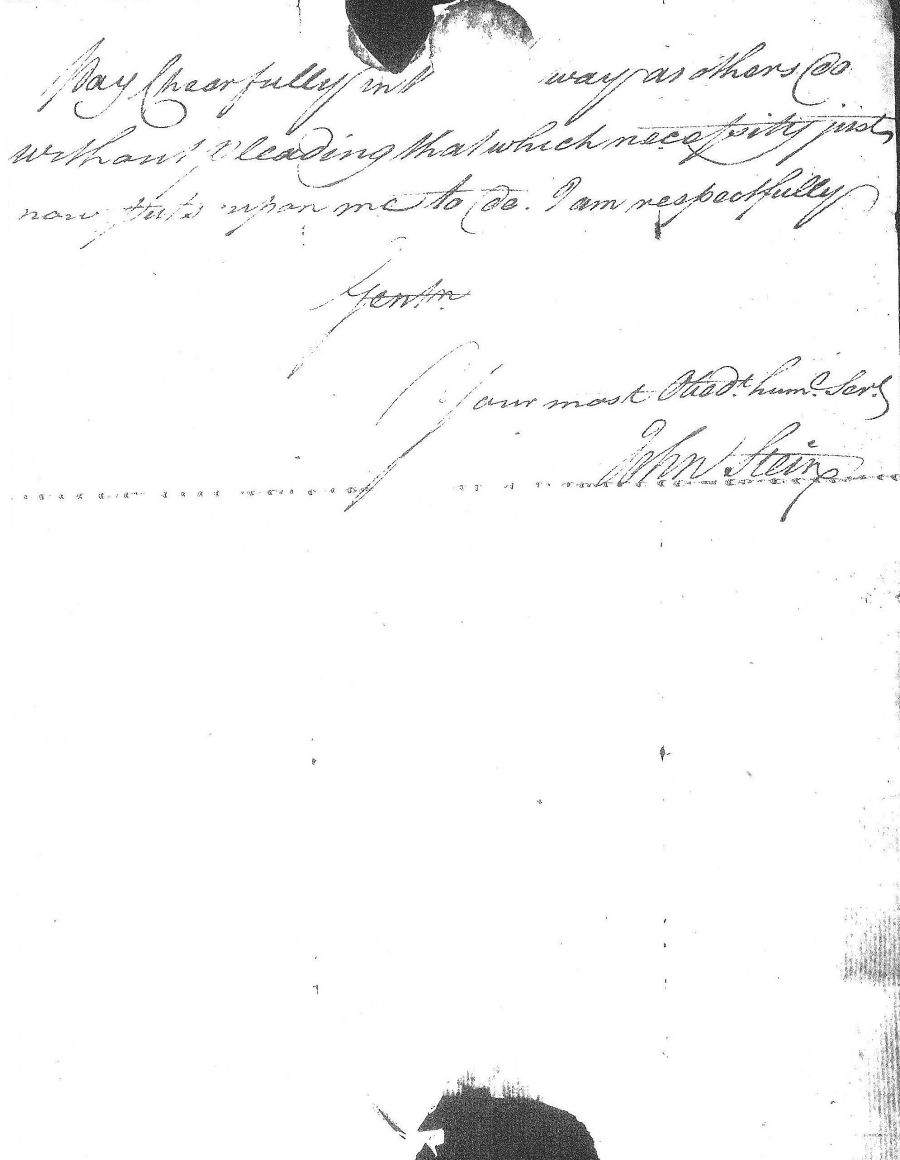